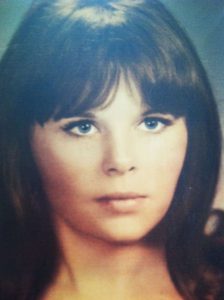 So hey. I’m back. I never expected almost six months to pass before I’d feel ready to step inside of this story again. You know how it is when you’re so invested in a movie, you think you’re one of the characters? I remember the first time I saw Pretty Woman. I spent the rest of the day trying to fling my gorgeous mane of auburn curls back and forth over my shoulder. Never mind that the hair I actually owned was a double processed mass of shellac covered straw that spent the late 80’s and early 90’s being completely un-flingable. That’s kind of how it feels to step in and out of my own story. In a way I am that character, but I don’t always feel like that character, because even though the experiences I had were real, they changed me into someone else after the fact. Remembering the past is more than just telling what happened. It’s taking the thoughts, feelings, emotions, and beliefs that made me who I was, and weaving them together with the ones that make me who I am now, and then getting acquainted with the new person who inevitably shows up after that. Which leaves me feeling like a carton of Fruity Pebbles after a toddler gets a hold of the box. Dumped upside down and emptied out, with not much left besides some crunchy bits and pieces of myself scattered across the floor. END_OF_DOCUMENT_TOKEN_TO_BE_REPLACED

You know what I’ve found? Writing from the cheap seats of unfiltered bitterness and rage is easy. Give me Racism, or Narcissistic Abuse or Spiritual Abuse, or Sexual Abuse and the volcano will flow. Novelist James Baldwin said that clinging to our anger and hatred is easy because once it’s gone, we’re left to deal with the pain. I think that must be true, because as I write, and the laws of energy (Can’t be created. Can’t be destroyed) turn the anger into something else—hello pain. Which makes it all that much harder to sit down and write again. It’s an unexpected cycle that I didn’t see coming: the closer I get to those coveted front row seats of letting What Is and What Was, live as a mostly peaceful whole, the words and emotions get stuck. Because that’s what pain does. Gets stuck in our  minds and bodies like gum in the sole of a waffle bottom shoe, picking up so much lint and dirt along the way that we can barely tell what it is. At times like this, I sort of miss that ratty old low end seat with it’s peeling upholstery and half chewed taffy stuck all up underneath, because the story I’m about to tell is still riddled with scabby sores and bruises. It’s also full of indescribably joy—but to feel it, to own it, to make it mine and mine alone—I’ve learned that pain has to take the first swing if I want peace to be the last batter up. END_OF_DOCUMENT_TOKEN_TO_BE_REPLACED