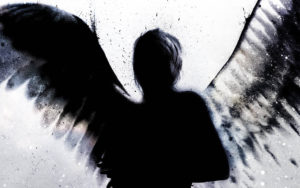 Every time there’s a big political event, our social media News Feeds fill up with fake news, ugly memes, and depending on who your friends are, flat out personal attacks, from people you thought were somewhat decent. Or at the very least, who had a base level of respect for highly regarded people–like say, a favorite High School Teacher–to not equate them to a “whore” for participating in a march; or call them a “cry baby” when they post their views; or tell them to stop their whining and “go make a sandwich”.

After the women’s march on Saturday, I saw a lot of that kind of thing. Parents were told they were failures. Marchers were told they were “bitchy fat women” who Trump “finally got off the couch”. People sent prayer memes to Jesus, asking that we all get sprayed with rubber bullets. And of course there were lots and lots of assumptions made, about who was marching, and why.

So let me just say this: I was there, and at least here in Portland there wasn’t one single reason why everyone marched. Each person who went, had their own, deeply held reasons. While some had shirts and signs that said it out loud, others had motives that were very personal, and private, and traumatic; and coming to this march, may have been the first time they had even admitted those reasons to themselves. But to really know why any one person was there, you’d have to ask them yourself.

Maybe without calling them a Fat Ass Failure Whore.

Not that anyone was nasty on my page. I put a lid on that long ago. Because at the end of the day, we all get to choose how we play this thing, and my one rule of Facebook is this: Say what you want on your own page. If I don’t agree, I won’t make myself your victim, because I had the choice to read it or not. And with those handy little functions called “Restrict”, “Block”, and “Un-friend”, if I repeatedly get pissed at the things that you post, and I still keep you in my News Feed, I have no one to blame but myself. On my own page though, it’s all my rules. And anyone who trolls for the sake of trolling, or who can’t disagree or discuss with a certain amount of decency, doesn’t get to stay.

All of that being said, it also makes me think, that even with this weird window in to another person’s life, we still know very little about each other at all. The real stuff, I mean. All we see is a momentary snapshot of any given time in our lives: where we are, who we’re with, what we’re doing, what we look like, what we’re eating, or what we think or believe. But that’s not who we really are. It’s just a basis for assumption, and then our minds fill in the blanks, for everything else about each other, that we couldn’t possibly know. And I have to believe, that every single one of us, is so much more, that any one picture, ideal, or activity that a moment in our News Feed reveals.

A couple of weeks ago, I took a big bunch of coats, hats and gloves to a homeless shelter downtown. If I would have stopped to take a selfie, next to a huge pile of bags, with a big heart emoji, along with a hashtag “HelpingTheHomeless!”, certain assumptions would have been made about who I am, and what I do. And in that one single moment, some of them may have been true.

But if anyone would have recorded me, not 5 minutes later, after some douche in a BMW almost ran me over in the crosswalk on my way back to my car, an entirely different assumption may have been made about who I really am. And whatever goes along with running down the street with both fingers in the air yelling “YOU WANT A PIECE OF ME MOTHER EFFER!?!?”; at least for that moment, it would have probably been true too.

So which one do I get to be?

I’d say I get them both.

Because at this point in my life, I have zero desire to spend the rest of my existence, trying to live up to some of my best moments, or live down some of my worst. I’m just a normal slob, who tries for the most part, to do the best I can as life comes my way. Sometimes that means doing the right thing; and sometimes that means waking up the next morning, and promising myself that I’m going to suck a little less today, than I did the day before.

While some people are truly awful, and purposefully look for an opportunity to be mean, I can only assume, that when it comes down to it, we’re all mostly the same; and that on any given day, a glimpse into our life, would find us dropping bags of clothes at a homeless shelter, or something relatively good. But then every now and again, especially at times like this, when we feel threatened and defensive, like we’re in the crosswalk of life and about to be run down, we turn into the potty mouth crazy lady, who’s running down the street, and screaming after a black sedan, with a double finger salute.

The other day I saw a quote that said “I’m mostly ‘Peace, Love and Light’…..and a little ‘Go F**k Yourself”. If a meme could be my Spirit Animal, this one would be it. With a few rare exceptions, I think if we’re really honest, we’re all more like that than not.

Or at least that’s what I try to remember, when I see so many great people—including myself at times—letting the state of our divided country, bring us all down so low.

P.S. My passion isn’t politics. It’s trying to understand who we are as people. And I don’t care how anyone voted. I love us all.

P.S.S. Sorry to anyone who already saw this on my Facebook page. I keep forgetting I have a blog now. And by “forgetting”, I mean running back to Facebook, because I’m not that brave and it still seems so much safer.